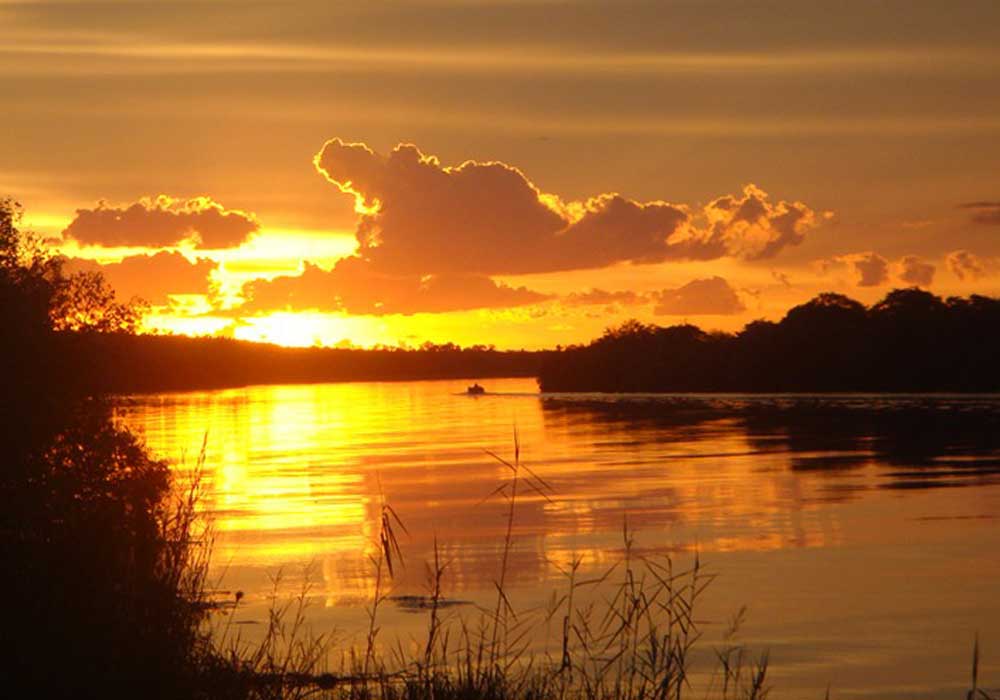 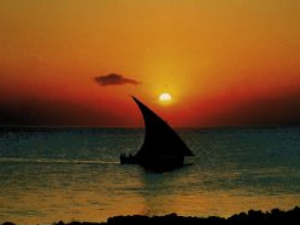 From the vivid aquamarine shades of the Indian Ocean to the enchanting strangeness of the flora on the slopes of Mount Kenya, Kenya is a startlingly beautiful land. Famed for its striking wildlife bounding across the acacia-studded Savannah of game parks, such as Amboseli, the Masai Mara, Samburu and Tsavo, Kenya is a safari-fanatic’s dream; vast national parks and reserves encompass one-tenth of Kenya’s surface, spanning desert, grasslands and dense mountain forest. Kenya’s human population is equally as fascinating: around 40 different tribes live in Kenya, including the Kikuyu, the Luo and the proud and beautiful red-clad Masai, who still lead a semi-nomadic lifestyle of cattle-herding along the southern border. On the balmy Swahili coast, African and Asian culture blends together, the result of a tradition of ocean-going commerce which stretches back for centuries. Even today, romantic dhows (sailing boats) still ply these waters.

Visas
Required by all nationals referred to in the chart above except the following:
(a) all holders of a re-entry pass to Kenya.
(b) 1. Nationals of Cyprus.

Visa Note
(a) All nationals referred to in the chart above may obtain a visa on entry in Kenya. Those applying at port of entry will require a passport photo. (b) Nationals not referred to in the chart above are advised to contact the embassy to check visa requirements (see Contact Addresses). (c) Multiple-entry visas may only be issued to nationals of the United Kingdom on application.

Validity
Single-entry: up to three months from date of issue; Multiple-entry: one year from date of issue.Renewals (up to six months) or extensions can be made at Immigration in Nyayo House, Uhuru Highway, Nairobi or at Kisumu and Mombasa. The period of stay in Kenya can be given at the port of entry (maximum three months).
Applications to Consulate (or consular section at embassy or high commission)
Working Days Required
Three (applying in person) or one week from date of receipt (postal applications). If the visa has to be referred to Nairobi, it will take up to six weeks or, in some cases, longer.

Credit/Debit Cards and ATMs
American Express, Diners Club, MasterCard and Visa are all widely accepted. Major hotels now also accept payment by credit card, as do major safari companies, travel agencies and restaurants. Almost every bank now has an ATM, and they are increasingly being installed at petrol stations.

Traveler’s Cheques
These can be changed at banks, and are widely accepted. To avoid additional exchange rate charges, travelers are advised to take traveler’s cheques in US Dollars or Pounds Sterling.

Currency Restrictions
There are no restrictions on the import or export of local or foreign currency. However, amounts exceeding US$5,000 or equivalent must be declared.

Vaccinations & Health
A yellow fever vaccination certificate is required from travelers over one year of age arriving from infected areas; those countries formerly classified as endemic zones are considered to be still infected by the Kenyan authorities. Travelers arriving from non-endemic zones should note that vaccination is strongly recommended for travel outside the urban areas, even if an outbreak of the disease has not been reported and they would normally not require a vaccination certificate to enter the country.

Other Risks
Diarrheal diseases are common. Hepatitis B is hyperendemic; hepatitis E is widespread. Meningococcal meningitis is a risk, particularly during the dry season. Bilharzia (schistosomiasis) is present; avoid swimming and paddling in fresh water. Avoid insect fly bites and wear shoes to protect against hookworm. Dengue fever and rabies are present. There is a high incidence of HIV/AIDS.

Health Care
Health insurance is essential. Part of the African Medical and Research Foundation, the Flying Doctor Service have introduced a special Tourist Membership, which guarantees that any member injured or ill while on safari can call on a flying doctor for free air transport . There are good medical facilities in Mombasa and Nairobi.

Food & Drink
Bottled water is available and is advised for the first few weeks of the stay. Milk is pasteurized and dairy products are safe for consumption. Food prepared by unlicensed vendors should be avoided at all times.
Main Airports
Nairobi (NBO) (Jomo Kenyatta International) is 16km (10 miles) southeast of the city. To/from the airport: A Kenyan Bus Services bus and a Kenyan Airways bus leave every 20 minutes (journey time – 40 minutes). Scheduled bus service to and from the town center is available at unit 1 and 2 bus stops. Taxis are readily available, but the fare should be established before getting into the vehicle (journey time – 15 minutes). Package holidays routinely include airport transfers by minibus or coach. Facilities: Duty-free shop, hotel reservation, bank/bureau de change (open 24 hours), post office, restaurant/bar, car hire, Internet cafe and Wi-Fi hotspots.

Mombasa (MBA) (Moi International) is 13km (8 miles) west of the city. To/from the airport: There is a regular bus service by Kenya Airways to their city centre office in Mombasa (journey time – 20 minutes). Taxis are also available. Fares should be negotiated in advance. There are also a number of shuttle bus companies in the arrivals hall that will take people directly to their resorts on the north and south coasts. Fixed prices to these destinations are clearly written up on boards. Package holidays routinely include airport transfers by minibus or coach.
Facilities: Duty-free shop, bank, restaurant/bar, tourist information and car hire. 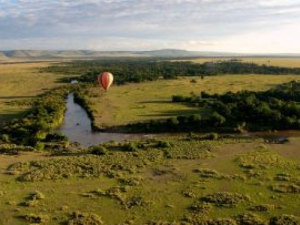 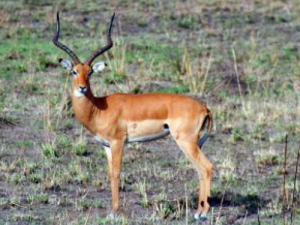 The Masai Mara National Reserve is probably the most famous and most visited Reserve in Kenya. It offers breathtaking views (as seen in the film “Out of Africa“, much of which was filmed here), an extraordinary density of animals including “the Big Five” (lions, leopard, elephant, buffalo, rhinoceros) and may varieties of plains game.

An impressive feature is the annual migration of wildebeests, zebras and gazelles from the plains of the Serengeti that cross the Tanzanian border and rivers to reach the Mara’s grasslands from late June, tracked by predators: lion, leopard, cheetah, and hyena, and circled by vultures as their journey unfolds. Their dramatic river crossings are a reality for tourists visiting in early July-August.

Apart from the seasonal migration, game viewing is excellent year round. Game includes elephant, black rhino, buffalo, plains zebra, hartebeest and big cats. The rivers are home to hippo and crocodiles. 452 species, 53 of which are raptors.

Accommodation ranges from stone built lodges to luxury tented camps. The area to the North owned by the Masai offers great game-viewing, game walks and night games. Safari operators set up private camps for small groups seeking exclusive and traditional safaris out of the Reserve. In the Reserve are four tented camps and two lodges. 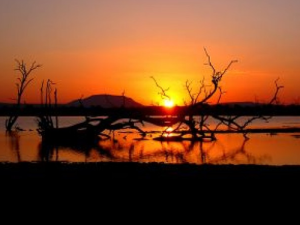 Zanzibar is a separate Swahili city-state within Tanzania and consists of two islands which lie about 40km (25 miles) off the coast – Unguja (or Zanzibar) is the more famous, but there is also Pemba. Both share a sad history of trade in ivory and slaves. Known as the Spice Island, Zanzibar is a beach idyll, at the center of which stands Stone Town, the island’s largest settlement. The maze of narrow streets, paths and alleys is littered with the history of its Swahili, Arabic, Asian and European residents. Stone Town boasts a romantic skyline of towering minarets, an Arab fort, lavish 19th-century palaces, and Portuguese churches, the most prominent landmarks being St Joseph’s Cathedral and the Victorian clock tower of the House of Wonders. The outskirts are ringed with clove plantations, and the harbour is dotted with Swahili fishing dhows that flit across the offshore reefs.

One of the most cosmopolitan and certainly one of the youngest of all African’s capitals, Nairobi is a metropolis of museums and malls interspersed with market stalls, galleries and game reserves, boutiques and bars, curios and criminals. The cities two million inhabitants come from a variety of tribal cultures, and the noise, colour and squalor of the older portions contrast greatly with modern structures such as the Kenyatta Conference Centre. Nairobi National Park lies on the city perimeter, with the Aberdare National Park nearby and river rafting on the Athi River.